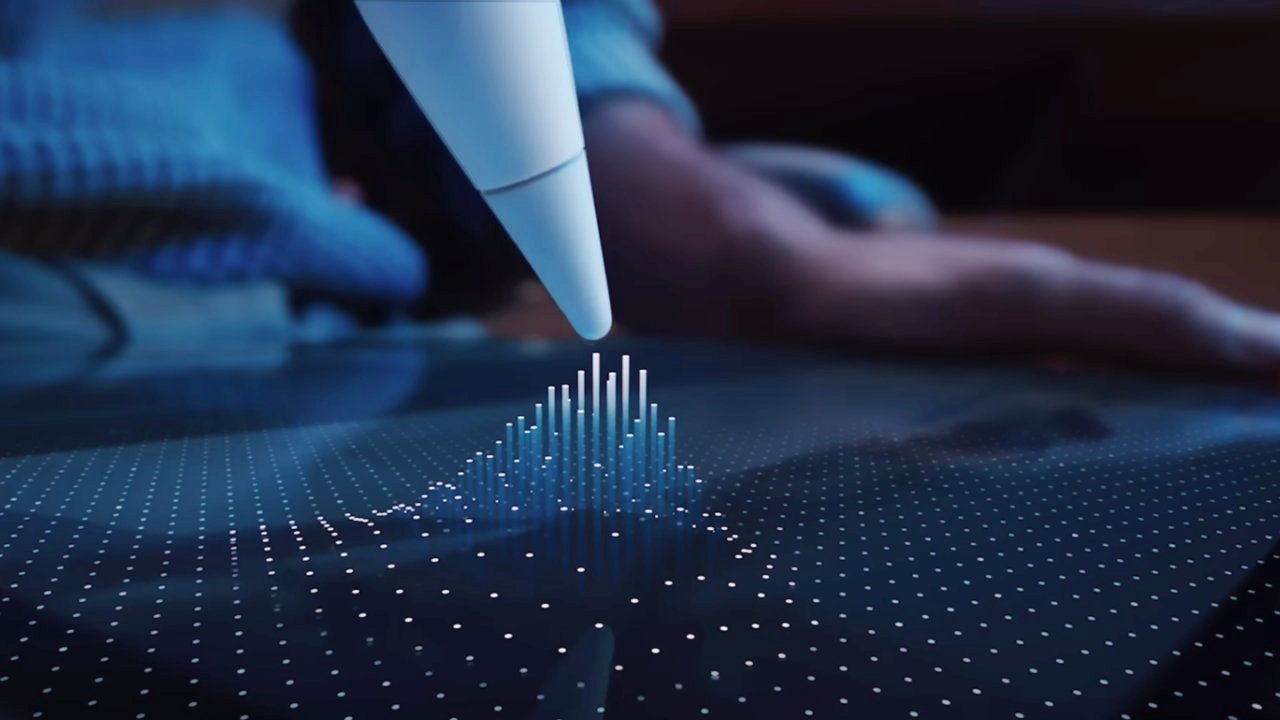 
Apple could be planning a real-world equivalent of the familiar eye-dropper tool in image apps, where a color could be set by an Apple Pencil tapping against it in an existing image.

Back in 2019, Apple applied for a patent concerning an Apple Pencil that could include “an on-board display” that showed different colors. In that case, the idea was that a user would see what color pen or brush stroke was about to be applied.

Now a new patent application suggests what in hindsight seems like an obvious extension of this. According to the proposals in “Electronic Device With Optical Sensor For Sampling Surfaces,” the Pencil tip could sense colors.

The same patent application effectively repeats some of the earlier one about how users could change or select colors through some manner of control on the Pencil. But the key new thing is that pressing the tip of the stylus against a color to identify and copy it — regardless of where that color is.

“The color sensor may be used to sample the color of the surface of an external object,” says Apple. So this is not solely about tapping the Pencil against, say, an image on an iPad screen, it could be touching the tip against real-world objects.

So it’s intended to be used on physical objects, but once you start doing that, there may be more that some future Apple Pencil — or other device — could do.

“Texture measurements and/or other measurements on the appearance of the object may also be made,” explains Apple. “Texture may be measured using light that strikes the surface of the external object at glancing angles.”

The majority of the 12,000-word patent application concentrates on defining the device that samples — a “cylindrical housing… [or] pencil-shaped” — and how the sampled data is then used.

It’s important to note that this is a patent application, it has not been granted yet. Also, Apple applies for very many hundreds of patents and even when they are granted, it is not a guarantee that it will lead to a shipping product.

AppleInsider will be covering the 2023 Consumer Electronics Show in person on January 2 through January 8 where we’re expecting Wi-Fi 6e devices, HomeKit, Apple accessories, 8K monitors and more. Keep up with our coverage by downloading the AppleInsider app, and follow us on YouTube, Twitter @appleinsider and Facebook for live, late-breaking coverage. You can also check out our official Instagram account for exclusive photos throughout the event.