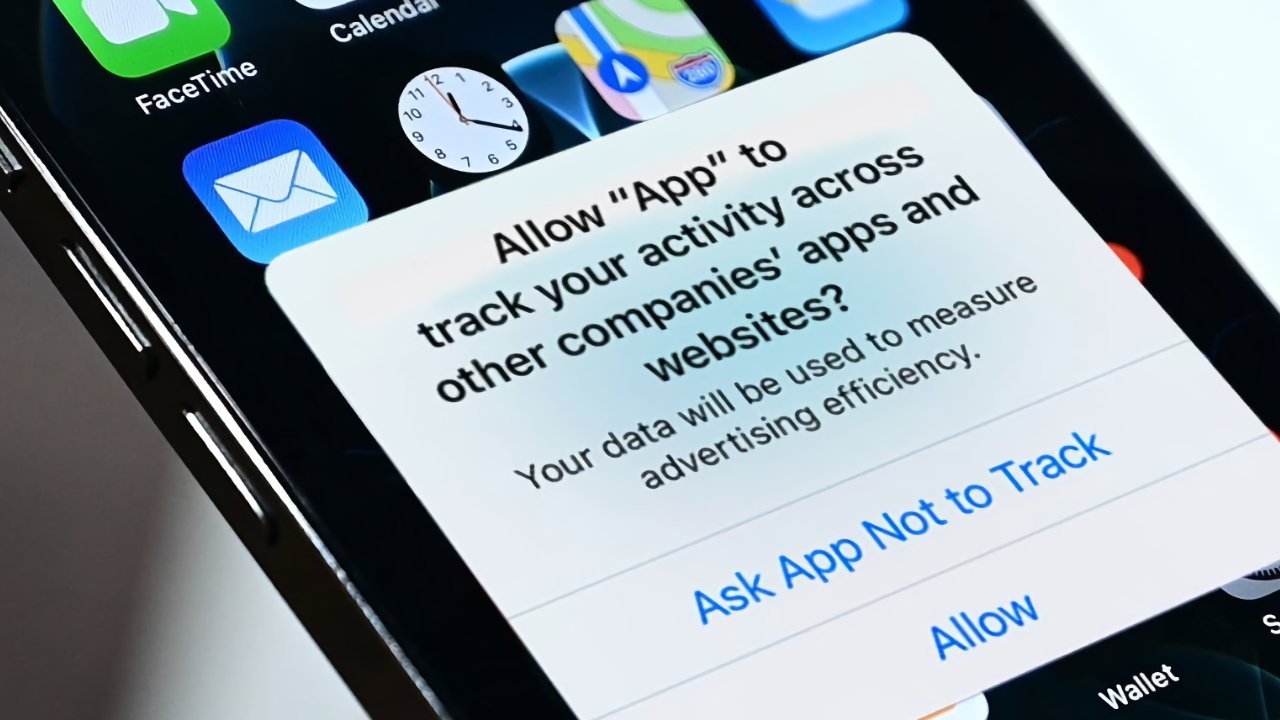 
You know you meant to tap “Ask App Not to Track,” and somehow you hit “Allow” instead. Here’s how to put that right, or to change your mind about App Tracking Transparency at any time in iOS 16 and iPadOS 16.

App Tracking Transparency (ATT) came out in April 2021 and no matter how much Mark Zuckerberg crosses his fingers, it’s not going away. It’s also not been significantly updated since its iOS 14.5 debut, either, with iOS 16 just slightly renaming an option for clarity.

It has got to the stage, though, where Apple could really just take it for granted that you want ATT turned on. Apple has taken some steps toward this but, unless you take certain steps, by default you still have a choice.

And you are asked to make that choice by every app you use.

Or rather, by every app you use whose developer has not yet moved over to Apple’s preferred advertising methods. ATT was introduced for us, but at the same time Apple created SKAdNetwork for advertisers.

When you’re asked if you want to allow tracking, what you’re really being asked is if you’re okay with the developer using Apple’s old IDFA system. That effectively let advertisers gather data about you such as which sites you visit, and what ads you click on.

It’s because developers could then sell that information on to other marketing companies that you would find the same ads appearing everywhere. Search once for a scarf on Amazon, and you could get very sick of scarf ads appearing on every site you ever visit.

The benefit of ATT

For us, the most visible part of ATT is that it prevents this tracking, or at least it does unless you allow apps to do it. For developers and advertisers, it’s potentially very significant, as Facebook is finding out. And finding out.

What ATT really does is give us back some privacy. If we’ve all been willing to give up some privacy in return for convenience, it’s hard to make a case for that now when Apple has made privacy so easy.

We’re at the stage now, with iOS 16, where tapping “Allow” arguably no longer helps a developer. At most, it will keep them using the old system, and facing dwindling returns as fewer and fewer iOS users allow tracking.

So to help your privacy and to persuade developers to move to an advertising system with a future, you will surely always want to tap “Ask App Not to Track.”

And you will just as surely make a mistake from time to time.

How to stop an app from tracking you

To be clear, one specific thing about Apple’s implementation of ATT is that it gives the developer the chance to explain themselves. It doesn’t seem as if many developers are taking the time to create a page saying why they need tracking, though, so most often you go straight to the dialog asking you about it.

How to allow an app to track

In most cases, you’ll want to prevent the app from tracking you, but in some cases, you may have an app that needs to for whatever the reason. Here’s how to permit it to track you.

It’s exactly the same as turning off tracking, only the final option is different. But there is more in this section of Settings.

Specifically, you will not see all of your apps listed here. It should already be a short list, it ought to be getting shorter, too, for this is solely a list of apps that want to track you.

Some day we’ll get to the stage where the only app listed is Facebook.

But if you’re curious to see which of your apps are trying to stick to the old tracking system, this is where you find out.

When you’re still being asked too often

One of the reasons Apple defaults to having every single app ask you to make the choice is that it wants you to be really conscious of your decision. Apple wants to promote privacy and whether it’s doing so because it’s a marketing ploy or a values belief, it promotes it very well.

And again, the number of times you’re going to be asked will be decreasing. Partly through developers giving up on tracking, but also because you should only ever get asked once per app.

So if you’ve been asked and you’ve said allow or not allow, that’s it.

But you can still be prompted enough times that it’s irritating. So Apple has an option, an overall switch that just tells apps no, you don’t want tracking.

This doesn’t change any choice you’ve made before. If you said this app can track you but that one can’t, that remains the case. And, you can still change your mind by going through the steps above.

But what it will do is tell any other app that wants to track you, that you’ve already said no.