Breaking News
Home / Android / I used AI to settle the Android vs iPhone debate, here’s how it went

I used AI to settle the Android vs iPhone debate, here’s how it went 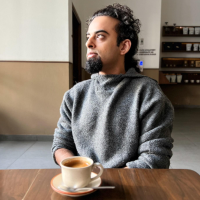 That machines will steal our jobs has been a common fear stemming back to the industrial revolution. We’ve long assumed that to be an inevitable truth for repetitive, manual, labor-intensive jobs. However, as writers or creative individuals, we tend to think that our professions sit well protected in a relatively safe domain. So when DALL-E 2 and ChatGPT were released this year, the potential repercussions of AI hit a bit closer to home.

DALL-E 2 and ChatGPT have brought up fears of computers replacing humans, but the reality is a bit more nuanced.

While DALL-E’s AI-initiated art proved to be an exciting experiment in derived creativity, ChatGPT takes it further. The AI and machine learning-based language model can script human-like content while pulling from a database of information that vastly supersedes human capabilities. Welp. Guess the computers finally came for my job?

Previous TSMC Says It Will Have Advanced ASML Chipmaking Tool in 2024
Next In South Korea, a War Against Tiny Spy Cameras at Beaches and Swimming Pools