Mac delays, iPod’s demise, and Musk hesitates over Twitter – Apple’s May 2022 in review 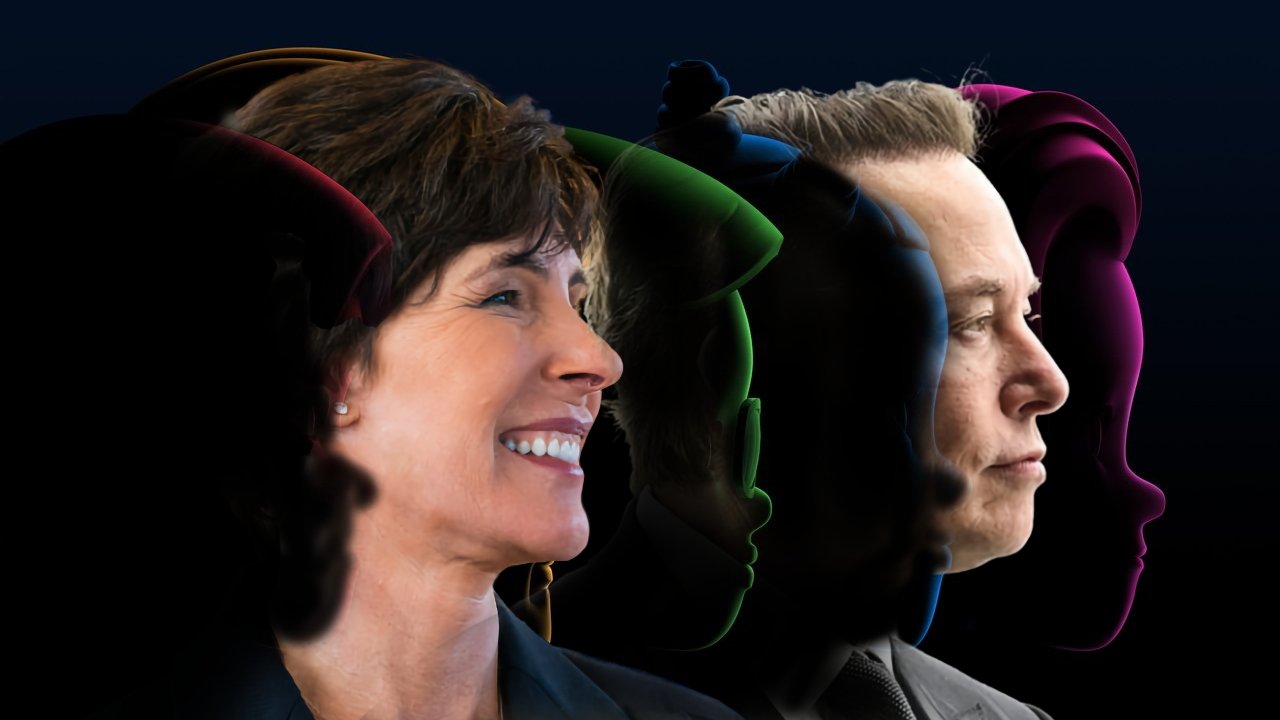 
For a month that could otherwise be known as just “the one before WWDC,” May 2022 proved to be a volatile time for Apple and the whole technology industry, with moves like unionization that will have long-lasting effects.

Back in April, which seems so long ago, we had started that month wondering if the rumors were true and Elon Musk would buy Twitter. By the end of April, it was happening and we moved to thinking about what Twitter would be like under his ownership.

For May, it all reversed and we ended the month figuring the odds that he was backing out of the deal. Or we thought about that when we weren’t deep into the usual pre-WWDC rumors.

This is a cycle too, wherein for the first weeks, all the leakers ramp up into total certainty that Apple will announce new hardware at the developers’ conference. Then as WWDC nears — the keynote we’re all interested in is on June 6 — the same leakers start advising caution.

So the end of May 2022 was an overlapping series of rumors about Twitter and Apple, both of which will be settled next month. Not to peek ahead too much, but around noon on June 6, 2022, leakers will start mocking anyone who thought WWDC would include hardware.

Look, it might. This year of all years, there is a chance since WWDC 2022 marks the end of the two year transition to Apple Silicon.

But listening to the conflicting rumors will drive you spare, so just keep an eye on the AppleInsider pragmatic guide to what you can — and can’t — expect to see at WWDC.

And distract yourself either with what really happened in May 2022, or by perhaps running up your own $2,500 bill on TikTok.

Throughout May 2022, Apple gave what at first appeared to be rare access behind the scenes of Apple Fitness+. By the end of the month, though, it seemed as if the studios must’ve quit making videos in order to accommodate all of the tours and visitors.

We did already know that Apple Fitness+ is an impressive production center. You can see that from the videos it makes, myriad workout films that are exceptionally well filmed.

However, we also now found out what an operation it all is, not only from the logistics of how so many videos are prepared, produced, and released, but what it takes to be a trainer there. Brilliantly, every trainer has to learn American Sign Language (ASL), and so every video ends with that so very expressive gesture about closing rings and seeing you next time.

We used to just go jogging with an iPod.

You miss it now it’s gone

The last iPod was discontinued in May 2022, and it did kind of go out in some glory. Not that anyone was buying them anymore, or Apple wouldn’t have discontinued it, but the moment it was gone, the iPod got the love and attention it has lacked in 15 years.

If it were hard in the early 2000s to imagine Apple bringing out something as successful as the iPod, it was impossible to imagine it all going. The ubiquitous iPod didn’t just slide out of use, it was as if it were erased from history.

Still, it was a sad day when the iPod died. And somehow it just wasn’t the same when May saw the launch of Powerbeats Pro in collaboration with a London designer, or Beats Studio Buds teamed up with an Amsterdam firm.

But then Beats continues where the iPod doesn’t. And it’s now been eight years since Apple bought Beats, so perhaps Dr Dre is now over the fact that, as we learned this month, he personally lost $200 million by leaking that deal early.

He should’ve joined a union.

Apple is trying — and may also be succeeding — in preventing its retail staff joining unions. Apple is wrong.

It’s only doing what every corporation has always done, and it’s too simplistic to say that Apple has enough money that it shouldn’t have to nickel and dime its staff. Apple has an enormous number of staff and as part of all of the protections a union would give them, a result would indeed be Apple’s wage bill going up.

Only, this isn’t about someone in Apple’s accounting department going pale, it’s about the whole company. Deirdre O’Brien, senior vice president of retail and human resources, made a video this month that was pushing back against unionization efforts.

If Apple wants us to watch a useful video or two, tune in to the last of “The Ellen DeGeneres Show,” which concluded in May 2022 after 19 years. Lasting only slightly less time than the iPod, the Ellen show was a bastion of television which brilliantly portrayed a mantra of “be kind” — until backstage stories became known.

Once it was public knowledge that DeGeneres’s show was toxic for its staff, the great image was irrevocably tainted and it was a fast downhill ride to cancellation.

Apple is not going to be cancelled from low ratings, and it was more a fluke of circumstance that meant it lost the title of world’s most valuable company in May 2022. But you can’t champion the individual on the one hand, and make their working lives harder on the other.

Apple has our back

Apple has got our backs up over its union bashing, but it wants us all to know that it is the only company who has our backs when it comes to treating privacy seriously.

It’s a very effective ad, but there was also one cold fact this month that is all you need to know to be convinced of just how important privacy is. Facebook introduced a hiring freeze, specifically because Apple’s iOS privacy changes hit its revenue growth.

Facebook has said different things at different times, but this hiring freeze was laid at Apple’s door, and previously the company has said it was down $10 billion since the introduction of App Tracking Transparency.

That’s $10 billion down and recruitment halted because Facebook’s access to some data about us has been curtailed.

Apple has said that it hopes other firms — it didn’t say which, but come on, it means Google and Android — will copy its stance on privacy. Rather like the way that Google just copied how Apple ditched the headphone jack from its phones, for instance.

Give Google some credit, though, for not removing its ad that mocked Apple’s removal of that same headphone jack. That’s unlike Samsung, which also mocked, also copied, and then quietly pushed its advert under the carpet.

Google’s move is for the forthcoming Pixel 6a, and even in May, we were already deep into news about certain other forthcoming phones. Such as the iPhone 14 range, not due to be announced until September.

Of all the back and forth about features, such as the recurring claim of an always-on display, there were two key industry stories. They appeared to be less about speculation, and more about how hard it is to make phones — or how easy it is to lose millions of dollars in orders.

Multiple sources in the supply chain claimed that one of the iPhone 14 models is weeks behind schedule. It’s because of the unexpected delays introduced by the Chinese government’s zero-tolerance approach to COVID, which does appear to have curtailed an outbreak — but also disrupted Shanghai’s technology industry.

Then while this hasn’t been backed up by many sources, there are reports that BOE was in line to get millions of orders from Apple for iPhone 14 screens. And now may not get any at all.

If true, it’s because BOE was reportedly making iPhone 13 screens and decided to change the specifications. It’s not known whether it actively hid this from Apple, but if it were an oversight, it was a dumb move that saved one buck and lost millions of others.

Apple TV+ is taking off

Speaking of losing millions, May 2022 saw Netflix shares take a tumble as the once unassailable streaming service has been, well, assailed. A lot of its loss in subscriber numbers will be down to the harsher economy, but there is arguably also the case of how it reached the top and hasn’t anywhere else to go.

Whereas Apple TV+ still has a minuscule library compared to Netflix or Disney+, but it seems to be doing what Apple always does. It comes late to the party, it does its job better than anyone else, and it doesn’t give up.

Consequently, while this has to be subjective unless Apple decides to release some viewing figures, it appears that Apple TV+ is gaining a reputation for tremendous shows, and Carpool Karaoke too. The thriller series “Slow Horses,” which concluded in May 2022, was exceptional, and “Severance” was so disturbingly excellent that it continued to score well in estimated viewing figures weeks after its season finale.

When Tim Cook spoke of the UK’s “prestigious Baftas” he did so in a tone of voice that sounded as if he’d not actually heard of this British equivalent of the Emmys. If so, he may not know or quite appreciate how huge this is: in May 2022, Apple TV+ documentary “Prehistoric Planet” got the cover of Radio Times, the UK’s equivalent of TV Guide.

Of course, one reason you could be watching more Apple TV+ is that you’re at your screen anyway, pressing refresh on your Apple order page. Around the start of May, wait times for most Apple hardware suddenly lengthened — and will remain so until at least July.

Then alongside specific closures and shortages, there is also the enormous concomitant impact on shipping. Transport logistics across the entire world have been disrupted and it’s going to take a time to recover.

Which does lead to an interesting possibility.

If Apple did announce hardware at WWDC 2022, specifically to mark the conclusion of its two-year transition to Apple Silicon, it would probably announce it as shipping soon, too. Which means that right now, you could order a brand new Mac Studio and not get it delivered until after Apple releases the Mac Pro you really want.

These are the best CarPlay apps for EV owners

Epic Games will limit Fortnite features In addition to a new age restriction, Fortnite on ...