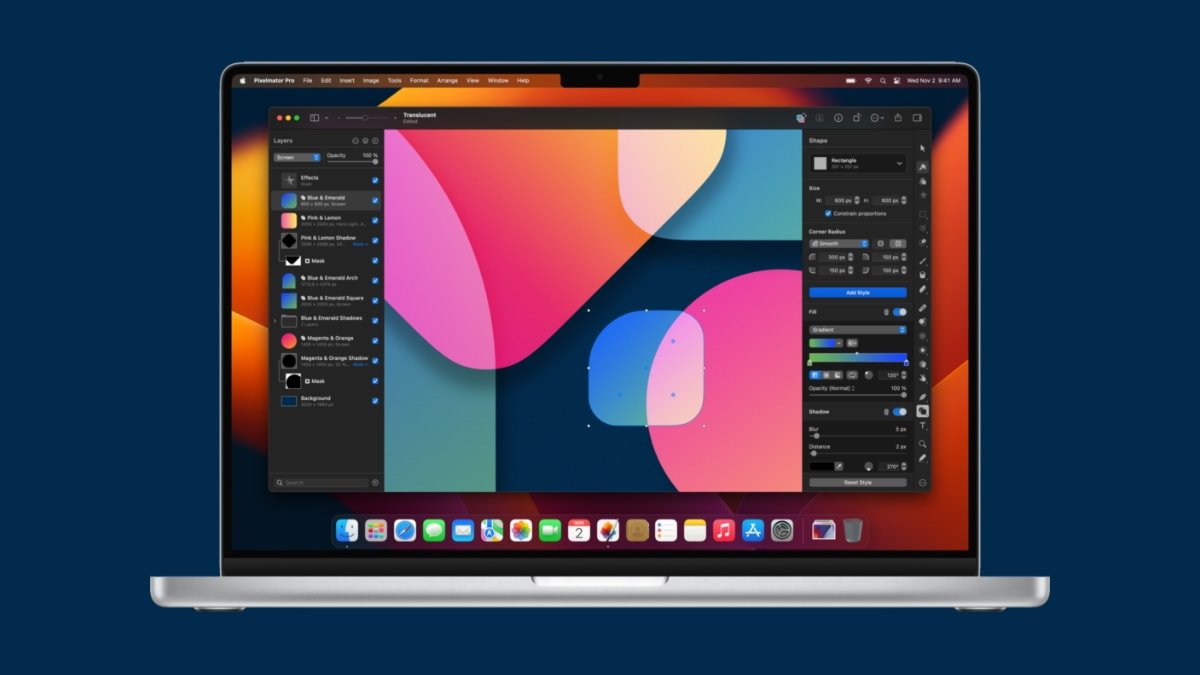 
Pixelmator Pro has a version 3.1 update that adds support for macOS Ventura and the AVIF file format.

Other updates include a new, faster document-opening experience, and an all-new smooth corner style with options to adjust the radius of individual corners. The company added a few fixes to ML Super Resolution, template metadata, and exporting images.

Pixelmator Pro is now fully compatible with macOS Ventura, Apple’s newest upgrade to its Mac operating system. Users can multitask with Stage Manager to switch between Pixelmator Pro windows or other apps, bring up Quick Look previews of Pixelmator Pro documents, and more.

Quick Look previews of Pixelmator Pro documents now open quickly in Spotlight and Finder, and users can edit even large files such as mockups faster.

Another addition is support for AVIF. AVIF, or AV1 Image File Format, is a next-generation image format designed to produce high-quality images for the web with small file sizes.

Apple added support for AVIF files in Safari on macOS Ventura, and Pixelmator Pro can now open and edit these images.

With improvements to corner radius editing, users can adjust the radius of individual shape corners. The company also added a smoother corner style for people to create squircles, a shape that Apple popularized with iOS app icons and hardware.

Pixelmator Pro is available in the Mac App Store for $39.99. It requires macOS 11 Big Sur or later and is fully optimized for Macs with Apple silicon.

As usual, the update will be free for existing users.

Previous iPhone City lockdown after COVID outbreak; poss total closure
Next Finally, is this the end for the fax machine?