Breaking News
Home / Networking / NordVPN vs. Surfshark: Which VPN is better for you?

NordVPN vs. Surfshark: Which VPN is better for you?

When choosing a VPN, you’ve got a lot of choices. In our best VPNs guide and speed test guide, we’ve narrowed down the list from the 50+ branded commercial options out there to our top 10. But once you narrow the list down even more, how do you choose? In this article we’ve compared our top two choices: NordVPN and Surfshark.

Aren’t they the same company?

Before we get into it, let’s discuss the Nord/Surfshark merger. In early February 2022, Nord Security and Surfshark announced they were merging, making Nord Security the owner of both companies. According to SurfShark’s merger blog post, the companies say they will continue to operate as separate companies, with separate VPN infrastructures.

We have no doubt this is true… for now. Merging large infrastructures takes time, and neither player wants to cede performance or position to their competitors due to a botched operational merger.

That said, we don’t expect this to be the case in the long term. The merger is not unexpected given the upward trend of VPN mergers. Plus, these VPN powerhouses would be foolish not to consolidate infrastructures, teams, and technologies — and these players are anything but foolish.

But for now, you’re here choosing between the two separate companies, and our overview content below remains relevant.

Surfshark definitively wins this round by allowing you to run an unlimited number of devices with its Surfshark VPN service, while Nord permits a relatively generous six simultaneous connections– far less than SurfShark’s unlimited device amount.

Both offer a 30-day money-back guarantee.

In our fastest VPN guide, we took a look at both our own in-house tests and how the Internet overall rated open VPNs. We compared VPN rankings in speed tests from 10 sites besides ZDNet.

To help us determine whether a VPN has a consistent ranking, or simply if different reviewers got distinctly different numbers, we compared the standard deviation of the 10 other sites.

As the above slide shows, NordVPN not only had a better aggregate average ranking but a considerably lower standard deviation. This means that pretty much wherever you are, your NordVPN performance should be pretty good. By contrast, how Surfshark will perform is likely to be considerably less predictable.

Both NordVPN and Surfshark support the big four: iOS, Android, Mac, and Windows. Surfshark also supports Linux, FireTV, Apple TV/iphone, and what it calls “other TVs.” It supports Xbox and Playstation as well as browsers Chrome and Firefox.

NordVPN lists Android TV, Linux, and Chrome and Firefox extensions on its download page, but has a support page for installing NordVPN on other platforms, including routers, Raspberry Pi, and NAS boxes including Synology, Western Digital My Cloud, and QNAP.

Let’s get this out of the way upfront: If you’re counting on a VPN for your physical freedom or to protect your life, you should not rely simply on reviews.

With that said, let’s look at the overall profile for these two vendors and their Wi-Fi.

NordVPN has gotten a lot of mileage out of its Panamanian corporate registration, claiming that Panama puts its records out of the legal reach of governments and lawyers. I discussed in great depth in my analysis of NordSec that it’s possible that countries with Mutual Legal Assistance Treaties (MLAT) may well be able to pierce the corporate veil.

Although I didn’t do as deep an in-depth Surfshark VPN review for security, the company has the same claims and limits as Nord. Surfshark lists its registry in the British Virgin Islands but is a company with developers based in many MLAT countries as well. It boasts a private DNS service among its advanced features so you can be protected even while using public Wi-Fi whether you’re in Australia, Hong Kong, the Netherlands, the USA, or anywhere in between. Surfshark also says it passed the German company Cure53’s security audit and offers uncrackable AES-256 bit encryption alongside its strict no-logs policy, but the German audit was limited to Surfshark’s browser extensions.

When it comes to financial security, both NordVPN and Surfshark accept cryptocurrencies. This makes it safer to use apps such as Paypal and use your credit card without having fear of security breaches. However, NordVPN does capture your billing address and country. For further information on NordVPN’s privacy detail, see our NordVPN review.

Both vendors offer a kill switch, which we consider table stakes in terms of VPN special features. Surfshark offers a multi-hop connection, which is similar to NordVPN’s feature that causes your IP address to change twice before reaching the destination VPN server.

Both support P2P, allowing you to torrent your favorite Linux distros (and possibly other digital sharing activities of dubious legality, which we categorically do not recommend).

NordVPN has a few interesting features not provided by Surfshark. NordVPN also provides Onion Over VPN, which allows you to use both the Onion anonymizer and Nord’s VPN together. NordVPN also allows you to buy a dedicated IP address, which can help if you’re dealing with anonymous servers or gaming connections. NordVPN also offers business plans.

Both providers offer malware and adware filtering, although Surfshark’s AdBlock VPN feature appears to be somewhat more comprehensive. Surfshark also offers what it calls Camouflage Mode, which the company says can prevent your local ISP from knowing you’re surfing using a VPN. While NordVPN has a blog post on whitelisting, they don’t appear to have whitelisting as an actual client feature. By contrast, Suftshark uses its split-tunneling feature as a whitelister.

Both vendors come to the game with most of the features you’d expect. Nord has a few more business-focused features while Surfshark has some features that may afford a limited degree of additional personal privacy — but this would need in-depth testing to truly validate. As such, we’re calling a tie for special features.

So how do you decide? Here are a few options that may make that decision easier.

There you go. Surfshark vs. NordVPN. It’s not a super cut-and-dry answer. One isn’t wildly better than the other. But the decision tree above should help you pick the winner given your own needs. How do these choices fit your needs?

For more about Surfshark VPN, see our video overview: 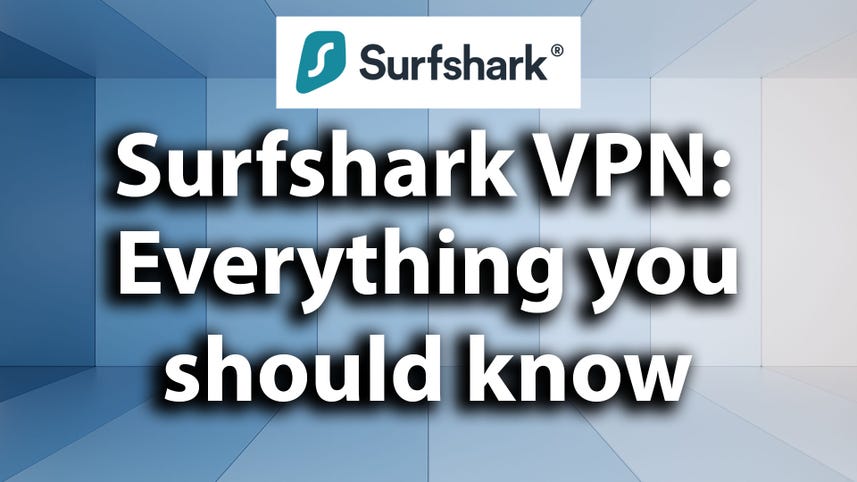 Before you go: A little FAQ about VPNs

Yes, in most countries. Some countries (and you should read my guide for more in-depth info) have made VPN use illegal. And even in countries where it’s legal, it’s likely to be illegal to use a VPN to spoof a streaming service into giving you content that otherwise wouldn’t be accessible.

Logging is the recording of data about your usage, and it occurs everywhere. Every website, at minimum, records an IP address, time, and data accessed so they can track traffic. All VPN providers have to check credentials against recorded personal data to make sure you paid, but a few let you sign up with Bitcoin, allowing you to completely hide your identity. When we say a VPN doesn’t log data, we mean they don’t track what sites you visit and for how long, but they may track how much of their own infrastructure you use.

I’ll give you a personal example. When I travel, I often take my laptop and my tablet. I use the laptop to write, and I use the tablet as a second screen to look stuff up. I have two connections I’m using at once and I want my VPN to protect both. If my wife is also doing the same thing, that’s four connections. Add our phones, and you have six connections. If we’re using all those devices at once, that’s simultaneous connections. The more, the better.

How to set up Linux hosts file

Optus reveals extent of data breach, but stays mum on how it happened