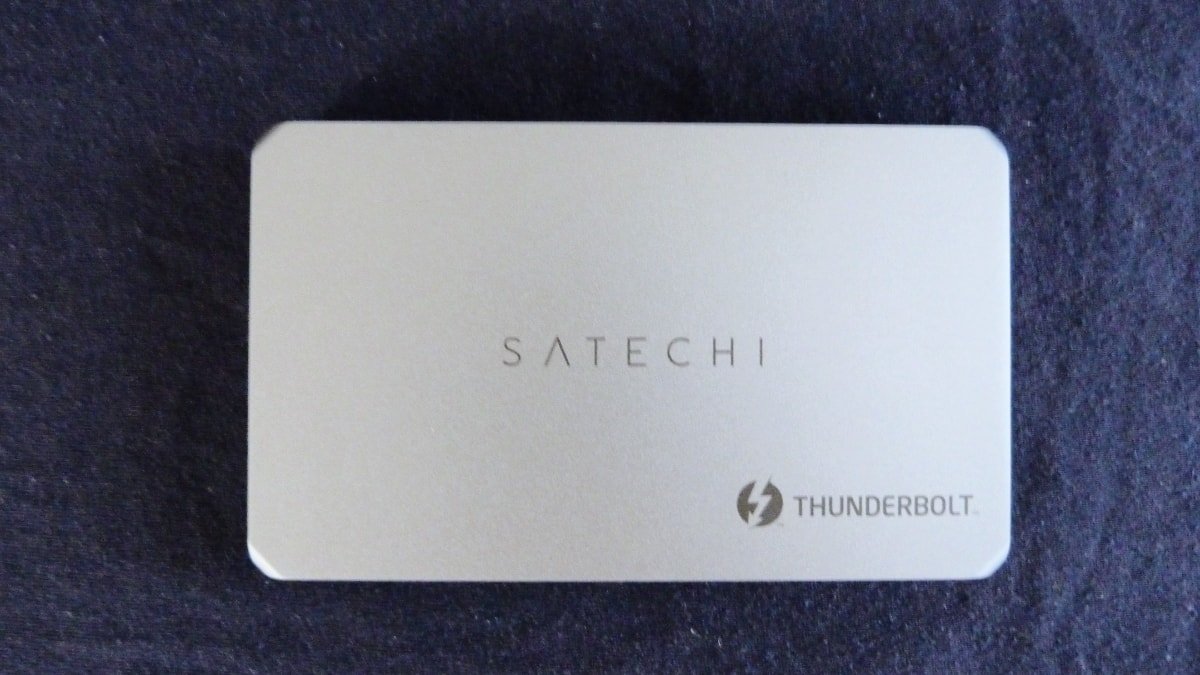 The CES 2023 Innovation Award Honoree increases the functionality of Macs and PCs with three Thunderbolt 4 downstream ports that support daisy-chaining up to six Thunderbolt devices. A slimmer and more simplified version of its popular Thunderbolt 4 Dock, users can easily transport this new compact hub for their convenience.

The three Thunderbolt 4 ports support speeds up to 40 Gbps and 15W charging for phones and tablets with backward compatibility with USB 4 and USB-C Gen. 1 and 2. The one USB-A port on the hub supports speeds up to 10 Gbps.

It won’t grant the ability to use multiple displays to M1 Macs that can’t. But, it works fine for multiple monitor support on Intel, M1 Max, M1 Pro, and M1 Ultra machines.

The included 100W power supply provides good power efficiency and distribution. More on that in a bit, though.

The Satechi Thunderbolt 4 Slim Hub is clad in aluminum, and fits the Apple aesthetic. It’s a compact device measuring just under wide inches long, nearly three inches wide, and a half-inch in height.

The Slim Hub will fit neatly into a desk corner to streamline a person’s gear setup.

We couldn’t find much to complain about the Slim Hub. It’s a well-constructed product that gets the job done and is an excellent choice for people with multiple monitors.

However, it requires a 100W power brick that connects via a DC port. And, that brick is not small.

In practical use, that 100W is enough for everything attached, and to keep a 16-inch MacBook Pro fully charged while under load. It’s not a fast charge, but it also isn’t the mandatory MagSafe to get that, either.

We’d like this brick to be smaller, using GaN, perhaps. That might increase the price, but we think $199 is already a steal for the amount of Thunderbolt 4 ports that the Slim Hub provides.

We also think the price is fair for a device like this, considering that every port on the hub can handle fast data speeds — even the USB-A port.

How to reset MacBook before selling or giving away

Does a Dynamic Island on iPad Make Sense?

iOS 16.3 was released to everyone on Monday, with headlining features including Security Key support ...