WWDC, iPhone’s anniversary, and USB-C is taking over – Apple’s June 2022 in review 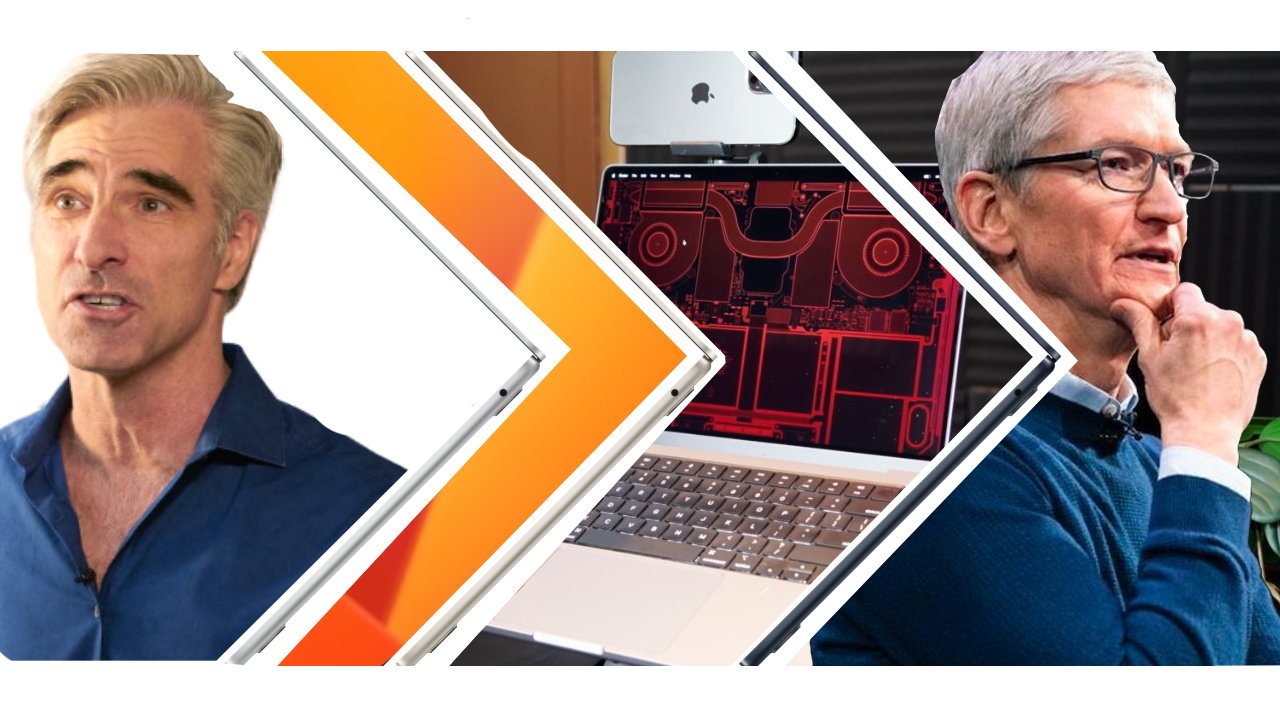 
June 2022 was packed with Apple news, and for once it was Apple choosing to make all the headlines with the new M2 MacBook Air, a refreshed 13-inch MacBook Pro, new software, and new OS updates teased at WWDC.

So many pundits insisted that Apple would release new Macs at WWDC in June 2022, and so many others said no, this is a software event. In the end, Apple compromised, and brought out one Mac we all want — and one that nobody does.

June was all about devices and desires, but not only about new ones. For June 29, 2022, was the 15th anniversary of when the original iPhone first went on sale.

Nobody commemorates any anniversary of any Android phone. But as well as changing the world, the iPhone changed us and it’s hard not to find yourself nostalgic for the first one.

According to Apple’s iPod and iPhone co-creator Tony Fadell, the phone also changed Apple. And did so in ways that were entirely unexpected.

“The culture at Apple changed dramatically because the people who had them they were always messaging or they were always emailing,” Fadell said in a June 2022 interview with the Wall Street Journal. “When people were in the meetings, they were doing this all the time, it became a constant deluge of emails and messages and you’re like, ‘Oh my God, no one could get off of them.’ And you’re like, something’s different here.”

“Truly, we just thought [the iPhone] was going to be a fun, easy to use thing when you want to do a few messages,” he continued. “[We] didn’t think it was going to become the center of your life.”

Maybe the Mac was the center of some people’s lives earlier on, but since the launch of the iPhone in 2007, we have become soldered to our devices. The iPhone, the iPad, the Mac, the Apple Watch, and — go on, be generous – also the Apple TV 4K, they are all central to our lives.

And they all got updated at June’s WWDC.

We already knew that the M1 was finished, we knew that Apple said that was it, they’d done everything with that processor. The firm said that even though we’re still waiting for the Mac Pro, which failed to be updated in Apple’s promised two-year transition to Apple Silicon.

That model offers the Touch Bar, which in a few years’ time will be looked back on more fondly than it has now, and of course it has the new M2 processor. It just doesn’t add anything else, and what it leaves out — connectivity, performance — means that the machines either side of it seem better value.

It’s been rumored, without any evidence, that Apple just happened to have a lot of 13-inch MacBook Pro cases knocking around a warehouse somewhere. Apple could be filling them with the new insides rather than write them all off.

But it’s more likely that Apple was telling it straight when they described the 13-inch MacBook Pro as the second best-selling Mac after the MacBook Air. If the old 13-inch model was being bought in bulk by corporations with their long-winded procurement practices, Apple may just have delivered what they want.

None of us are likely to say no if our corporate overlords give us a 13-inch MacBook Pro. But otherwise, there’s no reason for any of us to buy one ourselves.

It’s about the software

Apple unveiled a lot of operating system software at the WWDC keynote video, and then a lot more came out during that week’s workshops. And even more began coming out as developers got to use the beta releases.

There were some stand-out moments, some features that you just immediately think yes, you’re going to be using that one a lot. There was also, though, a sense of a sliding scale, with macOS Ventura shouted about loudly, and tvOS 16 not even grudgingly acknowledged.

In 2021, we had an actual wow moment when we were first shown Universal Control. That remains a wow, even though it’s now unthinkingly and naturally part of our working.

Perhaps by 2023, we’ll take Continuity Camera for granted, too. But right now, even with a name you can forget by the time you’re finished saying it, this was WWDC’s wow.

The ability to use your iPhone as a webcam is a smart workaround for how poor some Macs’ webcams are. It’s also a little ugly as you balance the phone on top of your MacBook Pro’s suddenly very flimsy-feeling screen.

But the wow is when you are talking into that iPhone camera and — without you ever doing anything at all to set this up — that same trio of lenses also shows a view of your desk. It’s staggering.

The ability to pretty much instantly take the foreground item out of a photo and paste or share it anywhere else is worth a gasp, as well.

Stage Manager is initially pretty impressive, too, on both macOS Ventura and iPadOS 16. It’s definitely a good way to handle multiple documents and applications so that everything is within easy reach, yet you also end up concentrating on the job at hand.

There have been criticisms that it’s a little clunky — you click twice to start it, but four times to end, for instance — but we know the whole process is being improved.

What won’t change is which iPads will be able to use Stage Manager. Really it’s just iPads with an Apple Silicon M1 or newer processors that will be able to.

You get why people on older iPads aren’t happy. But the entire point of Apple moving from Intel to its own Apple Silicon was to be able to create features that the older hardware couldn’t do.

Hardware and software together

New hardware allows for new software, which then progresses so much that it needs yet more new hardware. It was ever thus, but just at the moment, Apple feels like it’s telling us a lot about software, while necessarily keeping certain things back.

For instance, another standout feature is how iOS 16 gains a new Lock Screen. When you’ve seen it, and certainly when you’ve used it, you can agree with Craig Federighi saying that the new Lock Screen is an “act of love.”

But you look at that new Lock Screen with its new widgets and you’ve got to wonder whether the next iPhone will have an always-on display.

And similarly, every year Apple brings out an updated version of watchOS with new features. But we know there will be an actual new Apple Watch later this year, and Apple won’t tell us anything that reveals what that will bring to the table.

Apple doesn’t always do this, but often enough it under-promises specifically so that it can over-deliver. Apple is a hardware company, it is a software company, but it is also very, very good at handling people.

There was some better news about Apple staffing in June 2022 than in recent months. Previously, workers in Apple Stores had been gearing up to join unions.

But then Apple has up to now been using anti-union techniques to try blocking such moves, which is quite wrong. It’s not as if Apple has yet turned around on this completely, but now that the Maryland store is unionized, it’s said Apple will officially recognize the fact.

While that particular staff unrest is chiefly among Apple Store retail employees, there have been issues for other Apple workers too. Specifically, the way Apple has tried to manage getting people back into offices after working from home has not gone smoothly.

“We’re running the mother of all experiments because we don’t know,” CEO Tim Cook said in June 2022. “We’re running a pilot and trying to find a place that makes the best of both of these worlds.”

“We could be the first to say the starting point is likely wrong and will take tweaks,” he Cook.

So that sounds good and acknowledging unions is promising.

What’s certainly good is Apple’s response to the ending of Roe vs Wade. As millions of Americans are affected by this, Apple has reaffirmed that it will pay the expenses of staff who have to leave their own state to get abortions or other treatment.

“As we’ve said before, we support our employees’ rights to make their own decisions regarding their reproductive health,” said Apple in a statement. “For more than a decade, Apple’s comprehensive benefits have allowed our employees to travel out-of-state for medical care if it is unavailable in their home state.”

But this is Apple doing a good thing by its staff. And that’s more important than giving us a new iPhone lock screen.

All for our good

Apple wasn’t the only cause for Apple news in June 2022, though. The European Union made headlines for Apple when it finalized its law that will require all smartphone makers to adopt USB-C.

Then Brazil stepped up and said that this was important for consumers, so it was doing the same thing. And then the UK said it wouldn’t.

Six years on from the Brexit vote, the UK is still playing to the home crowd with announcements that it won’t side with Europe on various issues anymore. But the charger debate is just an easy soundbite for the UK government, since the country has made itself irrelevant to global business.

Apple might prefer not to be forced to move to USB-C for the iPhone, but it is never going to make a special Lightning version just for the UK.